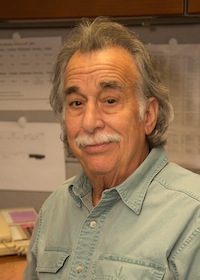 Joel Levine attended the University of Pennsylvania and received a B.A. degree in English in 1966. He attended Washington University and received a Ph.D. in Neural Sciences in 1980. He was a Postdoctoral Fellow at The Salk Institute from 1980 to 1983 and a Research Associate in the Molecular Neurobiology Laboratory from 1983 to 1984. He joined the Department of Neurobiology and Behavior at Stony Brook in 1984 as Assistant Professor. He was promoted to the rank of Associate Professor with tenure in 1990 and to Full Professor in 1998. He is currently a member of the graduate programs in Cell and Developmental Biology and Pharmacology. From 2001 to 2007 he served as Associate Editor for the Journal of Neuroscience. He has been a member of the Society for Neuroscience since 1984.

Glial cells are the most numerous and most poorly understood component of the central nervous system. Traditionally, they have been thought of as a "glue-like" substance providing nutritive and metabolic support to neurons. We  know that glia are a highly diverse and dynamic population of cells actively involved in all aspects of neuronal function ranging from guiding axons to their targets during development to regulating synaptic transmission and plasticity in the adult. Glia also play important roles in many diseases. Our current projects are aimed at understanding 1) the functions of OPCs in spinal cord injury and repair, 2) how the molecules secreted by OPCs act to inhibit or prevent axon growth, 3) mechanisms that regulate the differentiation of OPCs into myelin-forming cells in animal models of multiple sclerosis, and 4) the epigenetic regulation of cell fate and plasticity in developing and adult OPCs.