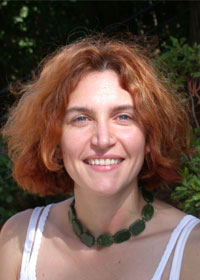 Laboratory of neural circuits and plasticity

What happens in the brain when we experience the world or learn something new?

Our goal is to unveil how experience and learning modify the connectivity and excitability of neuronal circuits and how these changes affect behavior. Much of our work focuses on how inhibitory transmission and plasticity sculpts cortical activity, and on the integration of excitation and inhibition in distinct neuron groups and circuits.

To gain information about general principles guiding the ability of neural circuits to respond to experience and learning, we perform our studies in three cortical regions that differ in anatomical organization and driving input: gustatory, visual and motor cortices. In addition to investigating healthy brain circuits, we apply our studies to animal models of neurodevelopmental and neurodegenerative disorders to assess which aspects of neural circuit activity may be aletered in pathological conditions.

We use manipulation of sensory drive, pharmacological, optogenetic or chemogenetic manipulations of specific neuron groups and/or behavioral training to perturb activity and analyze of circuits respond to change using behavioral analysis, electrophysiology in acute slice preparation and in vivo as well as calcium imaging.

Experience and learning in the gustatory cortex

The gustatory cortex receives prominent inputs from the gustatory thalamus, carrying information about the chemosensory identity of a tastant and from the basolateral nucleus of the amygdala, which informs about the hedonic value of a tastant. Indeed, something we eat is perceived by its taste, as well as whether its pleasant or aversive value. We are interested in understanding the synaptic basis for this perception. To do that, we are analyzing the synaptic organization and plasticity of amygdalocortical and thalamocortical inputs onto excitatory and GABAergic inhibitory neurons in the gustatory cortex.

We also use a well-established learning paradigm known as conditioned taste aversion (CTA) that renders unpleasant a previously pleasant taste without altering its chemosensory identity, to determine how CTA learning affects the activity of single neurons and circuits in the gustatory cortex. Our goal is to identify the synaptic changes induced by learning and the components of the circuit that support a change in perception.

In addition, we investigate the mechanisms underlying the postnatal maturation processes of the circuit in the gustatory cortex to determine whether early life diet influences cortical development and food preferences in adulthood. This work has important implications both for our understanding of neurodevelopmental disorders, some of which are associated with poor nutrition in early development, and for investigating the neural basis of eating disorders.

Alterations of visual experience, e.g. congenital cataracts or misaligned eyes, affect the organization of the visual cortical circuit and the synaptic properties of thalamocortical and intracortical connections and lead to visual defects that, if uncorrected early in life, become permanent. Our work together with that of other groups, demonstrated an important role for GABAergic inhibitory synapses in the experience-dependent reorganization of visual cortical circuits. Ongoing studies in the lab are aimed at investigating how GABAergic circuits regulate activity at intracortical and thalamocortical synapses. Specifically, we are interested in unveiling the functional role of a presynaptic and extrasynaptic GABAA receptor that we recently identified on thalamocortical and GABAergic terminals. This work has important implications for understanding how experience sculpts neural circuits and for determining how GABAergic circuits influence cortical development and function.

Our analysis of thalamocortical and intracortical circuits extends to the primary motor cortex, where we examine the effects of loss of dopaminergic modulation on single neuron and network activity. We are particularly interested in the effect of loss of dopamine on motor cortex neurons and their synapses. Loss of dopaminergic modulation in the motor circuit is a hallmark of Parkinson’s disease. Evidence from human studies shows altered motor cortex activity following dopamine neurons loss. We are interested in examining whether such changes in motor cortex neuron activity depend on changes in the thalamocortical input onto them, on changes intrinsic to the motor cortex circuit or a combination of these factors.