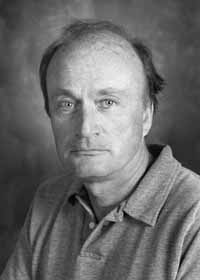 Paul Adams attended Cambridge University (UK) and received a B.A. in Physiology and Pharmacology in 1968. He continued his education at London University (UK), receiving a Ph.D. in Pharmacology in 1974. Professor Adams was on the faculty of the University of Texas from 1977 to 1981. He came to the State University of New York at Stony Brook as Associate Professor of Neurobiology and Behavior in 1981 and was promoted to the rank of Professor in 1984. He held concurrent appointments of Professor of Neurology from 1987 to 1989 and Professor of Pharmacological Sciences from 1987 to 2002. From 1987 to 1995 he was a Howard Hughes Medical Institute Investigator. Professor Adams was awarded a MacArthur Foundation Prize in 1986 and was elected a Fellow of the Royal Society in 1991. He has served on the Editorial Boards of numerous journals (including, currently, Frontiers in Neural Circuits)

The neocortex is widely thought to be the seat of mind and intelligence, and while it has many specialized areas they all share distinctive but puzzling features, which are presumably necessary for sophisticated cognition and behavior. Elucidating these features is the greatest challenge in neuroscience. Our work starts from the common assumption that learning, primarily by activity-dependent, “Hebbian”, adjustment of individual synaptic connections, is the key to intelligence, but rather than studying the details of algorithms and their neural implementation, which might be task-specific, we focus on the general necessity for highly connection-specific plasticity.