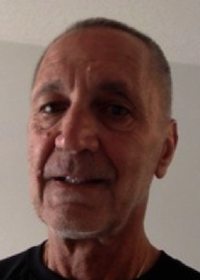 John Cabot received a BEA in Electrical Engineering and Business Administration in 1968 from the University of Delaware.  In 1976 he completed a Ph.D. in Physiology from the University of Virginia School of Medicine and from 1976-1978 he was an Alfred P. Sloan Foundation Postdoctoral Fellow in Neuroscience at the University of Virginia School of Medicine.  Professor Cabot joined the faculty of the Department of Neurobiology and Behavior at SBU in 1979 as an Assistant Professor and was promoted to Associate Professor with tenure in 1984. In 1993 Professor Cabot was promoted to Full Professor of Neurobiology and Behavior.  Professor Cabot’s research program from 1979-2002 focused on the structural and neurochemical interface between central nervous system function and the regulation of peripheral cardiovascular function.  The research efforts were supported, in part, by an Established Investigatorship from the American Heart Association, and by a Merit Award from 1992-2002 from the National Heart, Lung and Blood Institute.  Professor Cabot currently is devoting 100% of his efforts toward teaching Cell and Organ Systems Physiology to undergraduate students.

After 25 years doing research on the autonomic nervous system and receiving multiple prizes (including the Javits Award for Excellence in Neuroscience) Dr Cabot now serves as a full time educator providing leadership in education and instruction (including Bio 203 (1000+ student enrollment/semester), Bio 328 and Bio 335). The following is an excerpt from Dr. Cabot's educational philosophy statement: I love physiology.  Most particularly, I love human physiology.  My graduate degree is in medical physiology.  My research program for 24 years had a stated long-term goal to investigate the structural and neurochemical interface between central nervous system function and the regulation of peripheral cardiovascular function.  I was a NHLBI Merit Award Recipient and an Established Investigator for the American Heart Association.  I love teaching physiology, my principle goals are the following: (1) Engender in all my students an excitement and curiosity about physiological processes and their direct relationships to human health;  (2)  Attempt to educate all students to be informed, medically literate citizens to the extent that they will be exposed to a knowledge base sufficient to ask intelligent questions of medical providers when such a need arises;  (3)  Establish an environment that empowers students; (4) Identify, challenge and reward the highest achieving Stony Brook University students.