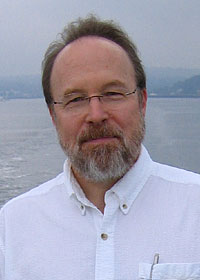 William F. Collins, III received a B.A. in Biophysics in 1974 and a Ph.D. in Pharmacology in 1980 from the University of Pennsylvania. He held a postdoctoral fellowship in neurophysiology in 1983 at the State University of New York at Stony Brook and was appointed Research Assistant Professor in 1983. From 1984 to 1985 he was Associate Research Scientist in the Department of Obstetrics and Gynecology at Yale University School of Medicine and returned to Stony Brook as Research Assistant Professor of Neurobiology & Behavior in 1985. From 1986 to 1990 he was Visiting Assistant Professor in the Department of Neurobiology and Behavior at Stony Brook and in 1990 was appointed Assistant Professor. He was promoted to the rank of Associate Professor with tenure in 1996. He served as the Director of the Undergraduate Biology Program from 1998 to 2004 and as Director of the Freshman Learning Communities Program from 2004 to 2007. In 1997 he received the Chancellor's and President's Awards for Excellence in Teaching. In 2004 he was named a National Academies Education Fellow in the Life Sciences.

The goal of the research in my laboratory is to understand the relationship between intrinsic properties of individual neurons and nervous system function. We are particularly interested in motor function and in the plasticity of motoneuron electrical properties induced by neuronal activity, neurotransmitters, hormones, growth factors and injury. To this end, we utilize electrophysiological techniques to examine motoneuron properties and function in rats and mice.