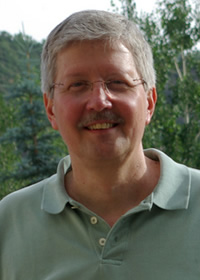 The University mourns the loss of Dr Gary G. Matthews, Leading Professor of Neurobiology and Behavior. His loss deprives us of a preeminent investigator in biophysics and in cellular and molecular neuroscience, as well as a beloved mentor, teacher and colleague.

Gary was a master of optical and electrophysiological techniques, developing new methods to track, on a millisecond timescale, how single vesicles diffuse, fuse and are recycled at high-speed "ribbon" synapses.  He held fellowships from the Wilson, Ford, Sloan, von Humboldt and Guggenheim foundations; his research won continual NIH support for 35 years, being supported by both the Eye and the Neurological Sciences institutes (NEI, NINDS). His fundamental discoveries were recognized by a large number of international awards including the von Humboldt Award (1994), the Brian Boycott Prize in retinal neuroscience (2008), and the Sir Bernard Katz Award of the Biophysical Society (2009).

Gary was a dynamic teacher of both undergraduate and graduate students, with a lecturing style that combined rigor and elegance.  He directed and taught most of Principles of Neurobiology (BIO 334), the core element of the undergraduate Neuroscience specialization.  The clarity of his teaching was also apparent in his single author textbooks:  ‘Cellular Physiology of Nerve and Muscle" and ‘Neurobiology: Molecules, Cells, and Systems’. Both monographs saw multiple editions and were translated to numerous languages, used across the United States and at many international universities.