Many cancers are preventable in that they are induced by environmental chemicals. Biomarkers of such exposures are needed to guide public health decisions. We are building on groundbreaking work with the plant carcinogen, aristolochic acid to develop a platform that links damaged DNA bases (adducts) to mutational signatures found in tissue DNA. Specific DNA-adducts, such as those from aristolochic acid and many other chemicals, can be long-lived and serve as excellent biomarkers of exposure. Also, DNA-adducts can leave specific patterns of mutations that are duplicated and maintained in cellular DNA for the lifetime of an individual. Such mutational signatures can provide a diagnostic record of a person’s exposure to mutagenic agents and are evidence of the pathological consequences of those exposures. We are collaborating with University of Minnesota in this approach, called “adductomics” that allow mass-spectroscopic identification and quantification of all the DNA adducts in a patient DNA sample. We have also developed next-gen sequencing analysis to identify the DNA mutations present in single cells of the tissue from which the DNA originated. The goal is to link mutational signatures of unknown etiology to the DNA damage that lead to their generation, and thus to the exposures responsible. 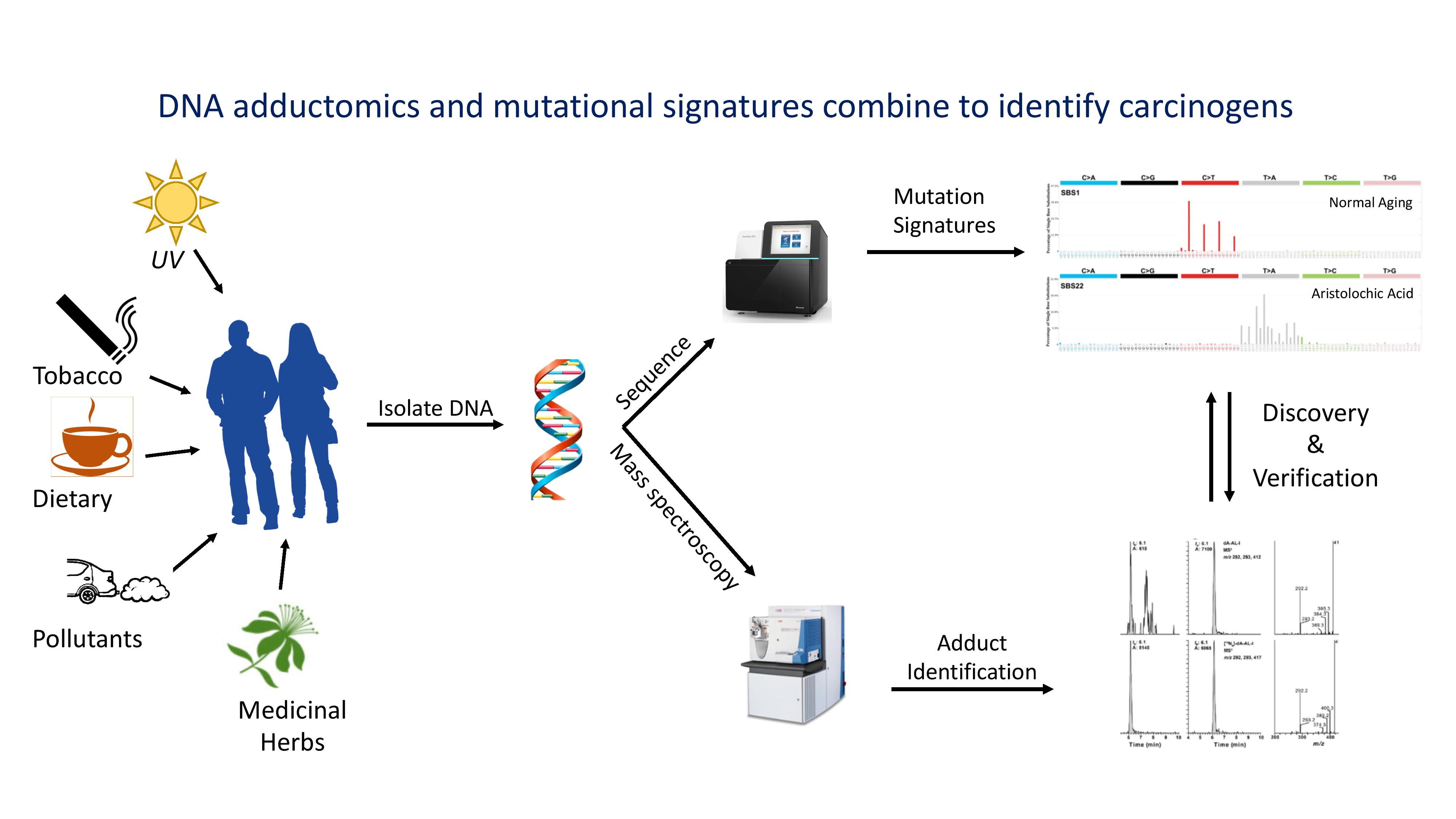