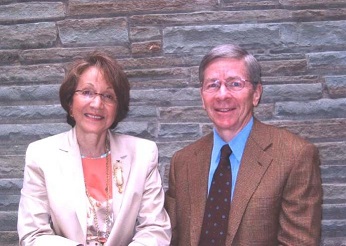 The Zickler Lecture series, established by Leo and Judy Zickler of Bethesda, Maryland, was inaugurated in 1988 in conjunction with the endowment for the Leo and Judy Zickler Visiting Professorship in Pharmacological Sciences at the State University of New York at Stony Brook.

Mr. Leo Zickler was, until recently, President and Chief Executive Officer of the Oxford Development Corporation. Captivated by the achievements of molecular medicine and alert to the needs of scientific research, Mr. and Mrs. Zickler have made several philanthropic gifts to the School of Medicine, in addition to supporting progress in the Zickler Laboratory of Chemical Biology.

The Zickler Visiting Professorship endowment supports a program in the Laboratory of Chemical Biology, which permits a distinguished biomedical scientist to visit Stony Brook each year. Of the 15 Zickler Visiting Professors, eight have received the Nobel Prize in Medicine and Physiology. The 1997 lecture by Dr. Alfred Gilman was the first to be broadcast live via state-of-the-art video teleconferencing to universities throughout the United States and Canada.