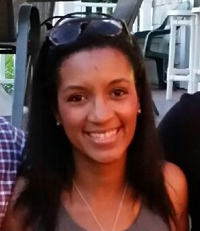 Noele was born and raised in Long Island, NY. Prior to arriving at Stony Brook University, Noele received a BS in Biology from St. Joseph’s College. Her undergraduate research predominantly focused on the effects of endocrine disruptors in the environment, specifically investigating the developmental changes to amphibians that are considered to be sentinel species. In 2017, Noele began her graduate studies, obtaining a MS in Biochemistry and Cell Biology and then transitioned into the Molecular and Cellular Pharmacology PhD program, here at Stony Brook University. Her current research involves investigating the allosteric modulation of ionotropic glutamate receptors through electrophysiology and biochemical techniques. Noele looks forward to beginning the next chapter in translational research by joining the Scholars in Biomedical Sciences track. Her proposed project with guidance from Dr. Louis Manganas, will investigate novel biomarkers in patients with intractable epilepsy.