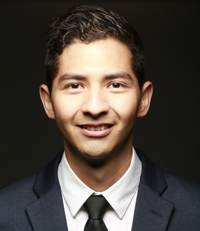 Moises joined the PhD program in Genetics after completing the M.S. in Biochemistry and Cell Biology. The focus at his the lab is on understanding the mechanism of action of the leading compound CPI-613 currently in clinical trials. CPI-613 directly attacks cellular metabolism leading to catastrophic metabolic collapse and engaging in redundant cell death pathways. His research project focuses on the role of the nutritional environment on chemotherapeutic response. The ultimate goal of the research is to shed some light on CPI-613 MOA to create better therapeutic strategies and potential second generation agents. The SBMS Cancer Health Disparity proposal is aimed to investigate the relationship between the ethnicity of patient-derived organoids and CPI-613 response. The underlying problem is the disparity on risk and prognosis currently observed when comparing patients from ethnically diverse backgrounds to their white counterparts.