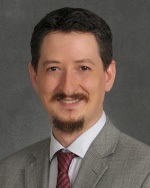 Dr. Van Snellenberg was born in Vancouver, Canada, and completed his undergraduate work at Simon Fraser University. He obtained his PhD in Psychology from Columbia University and completed postdoctoral training at Columbia University Medical Center and the New York State Psychiatric Institute, specializing in functional Magnetic Resonance Imaging approaches to the cognitive neuroscience of working memory and psychotic symptoms of schizophrenia. His current research focuses on the development of cutting-edge data analytic approaches for high resolution multiband fMRI data, and applying these methods to translational neuroscience studies of patients with psychotic illnesses, and to furthering our understanding of how working memory and related cognitive processes are supported by the human brain. 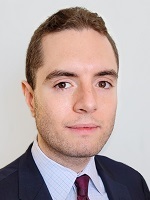 John Williams is an MD/PhD student in the Biomedical Engineering graduate program. Since joining the lab in 2017, John has been interested in using functional magnetic resonance imaging (fMRI) in order to reveal pathophysiological mechanisms that underlie auditory verbal hallucinations and cognitive deficits in schizophrenia, as well as improving the reliability and reproducibility of resting state fMRI by developing novel techniques for detecting and removing artifacts after data collection. Prior to starting medical school in 2015, John graduated with his B.E. in Computer Engineering and Applied Mathematics and Statistics in 2013, and M.S. in Electrical Engineering in 2015, both from Stony Brook University. From 2010 through 2015, he worked with Dr. Emilia Entcheva, developing computational methods to quantify electrophysiological mechanisms underlying stimulation of excitable tissue with light-sensitive ion channels (optogenetics) and its potential application to treating cardiac disease. 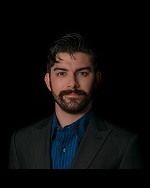 Philip Tubiolo is a PhD student in the Biomedical Engineering and Medical Physics Graduate Program. He graduated with his B.E. in Biomedical Engineering from Stony Brook University in 2021 and has worked with Dr. Van Snellenberg since February 2019. Philip's current work is focused on the identification and removal of novel artifact signals in simultaneous multi-slice fMRI. He is also interested in the use of convolutional neural networks to identify brain regions that predict working memory task performance. 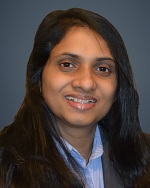 Dr. Abeykoon completed her M.Sc. and Ph.D. degrees in Physics at the University of Houston, pioneering a new computational seismic modeling approach to solve the Helmholtz equation in an efficient manner for the exploration of oil and gas. After completing her Ph.D., she continued her computational research with the Senior Scientist, Jean Logan at the Brookhaven National Laboratory (BNL) developing computational/mathematical techniques to study kinetics of the [N- methyl-11C] Vorozole binding in normal human liver using Positron Emission Tomography (PET). Dr. Abeykoon worked as a Postdoctoral Research Associate at the BNL’s Computer Science Initiative (CSI) from 2014-2017. During her appointment at the CSI, Dr. Abeykoon’s research was focused on developing a suite of streaming data analysis tools and pipelines, and parallelizing them to extract scientifically relevant information from high-throughput multidimensional X-ray data collected at the beamlines of National Synchrotron Light Source-II at BNL. In October 2017, Dr. Abeykoon joined the MMTI lab as a Programmer/Analyst. She is currently responsible for managing and analysis of multidimensional functional Magnetic Resonance Imaging (fMRI) and other clinical research neuroimaging data (arterial spin labeling, structural MR, Magnetic Resonance Spectroscopy, etc.), and testing and developing new algorithms and pipelines in bash, Python, Matlab and command-line Linux packages for fMRI data analysis, and maintenance of hosted Linux servers.Research Coordinators. 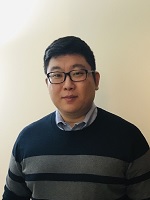 Jaeyoep was born in Busan, South Korea and graduated from University of Minnesota, Twin-Cities in 2014 with a Bachelor of Arts in Computer Science. He joined the CNAP lab as a programmer/analyst. He will focus on software development for the analysis of fMRI data and data visualization. Before he joined the lab, he has been worked as software engineer for 4 years in several industries. He is interested in replacing manual processes such as data acquisition, data verification and data pre-processing with streamlined, automated workflows. 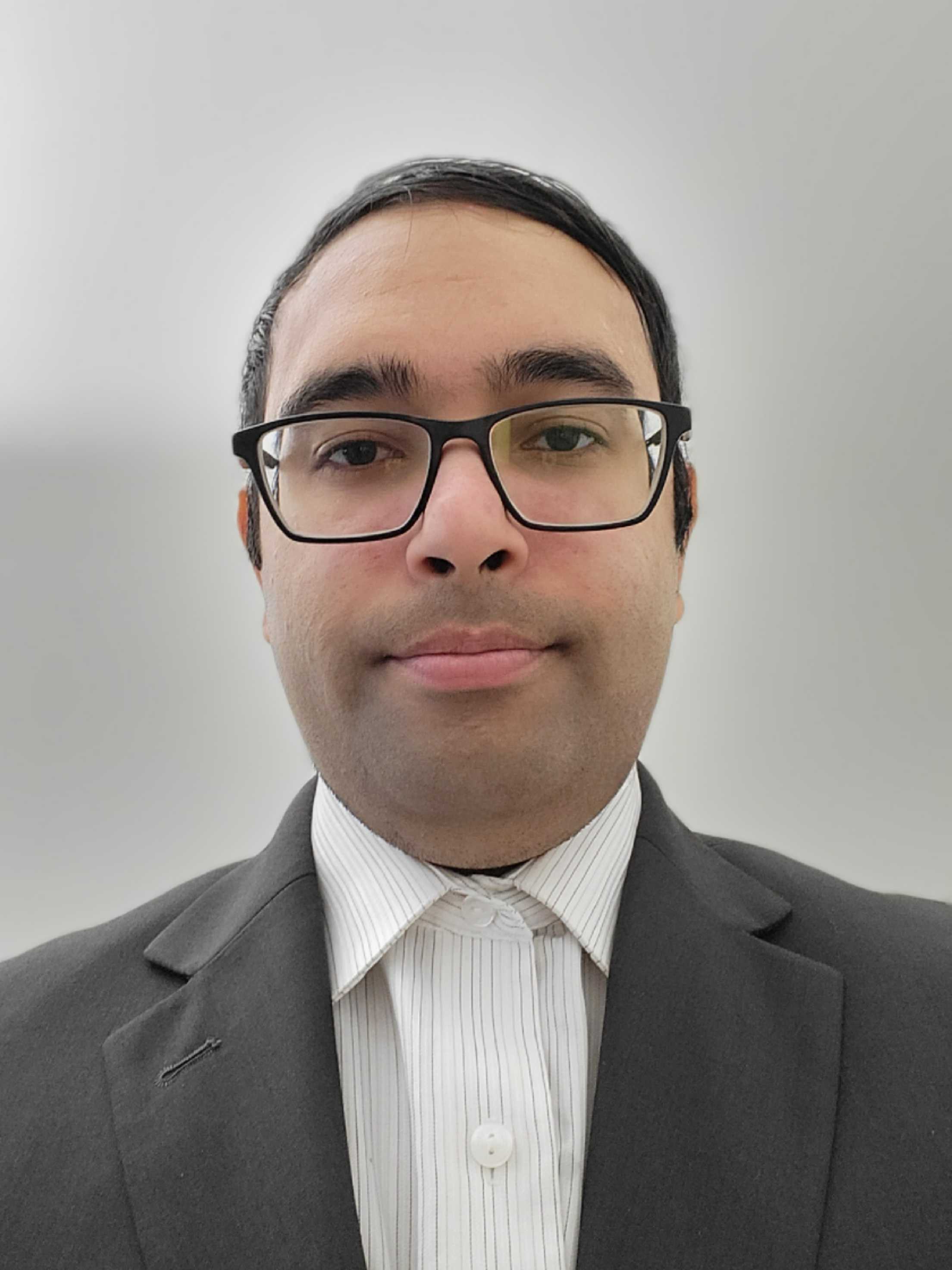 Srineil Nizambad was born in Queens, New York and graduated from George Washington University in 2017 with a Bachelor of Science in Biomedical Engineering. He is a programmer/analyst in the CNAP lab where he will assist in processing fMRI imaging data and provide analytical support for research projects aimed at understanding neural correlates of schizophrenia. 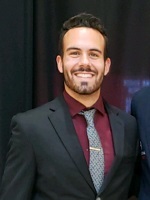 Eilon graduated from Stony Brook University in May of 2020 as a double major, earning a Bachelor of Science in Biology and Psychology. He has recently been hired as a research assistant in the CNAP lab, where he will assist in multiple projects which include functional magnetic resonance (fMR) and positron emission tomography (PET) imaging. He plans to continue his education by pursuing a medical degree in psychiatry. 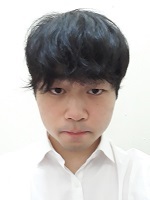 Zu graduated from Stony Brook University in May of 2020 with a Bachelor of Science degree in Pharmacology. Since the spring of 2017, his role as an undergraduate research assistant has transitioned from the collection of behavioral data to his current research involving an fMRI analysis of how working memory performance in the n-Back working memory task is affected in schizophrenia. He plans to further his education by pursuing a degree and career in medicine. 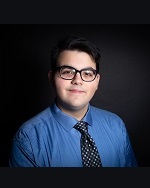 Justin is a sophomore at Stony Brook University, who plans on graduating in 2023 with a Bachelor of Science in Biology and Psychology. He is currently interested in the neurobiological basis of memory and the impediment of memory due to schizophrenia. After graduation, Justin aims to get a PhD in Neural Networks and help develop higher functioning artificial intelligence.

Ayman is a first-year undergraduate student at Stony Brook University, pursuing a Bachelor of Science in Psychology. In academia, Ayman has been involved in several research projects examining psychosocial outcomes in cognitive and biomedical psychological fields. In September 2020, he completed the Lenox Hill Neurosurgery BRAINterns Summer Program that established his interests in mechanisms underlying neuropsychiatric illness. He plans to pursue a career in medicine as a neuropathologist. 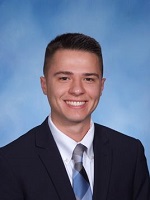 Christopher graduated from Stony Brook University in May 2021, earning a Bachelor of Science degree in Psychology and a minor in Chemistry. He has recently been hired as a research assistant at the MMTI lab to gain research experience during his gap year while he applies to medical school. He hopes to further his understanding of working memory and cognitive functioning as well as the tools available for assessing them. 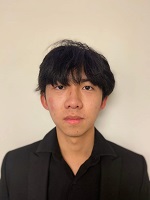 Avery is a sophomore undergraduate student at Stony Brook University, planning to graduate with a Bachelor of Science in Psychology and a minor in Computer Science. He hopes to develop his interest in the application of neural networks by programming in a research setting. He aims to pursue a postgraduate degree and career in cognitive science. 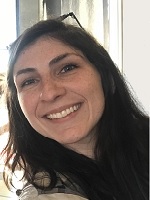 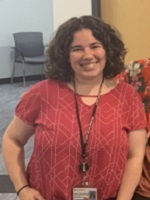 Kelly graduated from The College of New Jersey in 2018 with a Bachelor of Arts in Psychology. She is currently a research coordinator for multiple projects at the MMTI Lab, and primarily works on organizing MRI procedures for the lab. Kelly is interested in the neuroimaging, particularly MRI imaging, as well as LGBTQ Psychology. She plans to eventually go back to school for a PhD in Clinical Psychology. 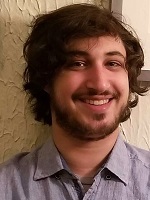 Jacob Luceno was born in Annapolis, Maryland. He obtained a BS in Neuroscience from The University of Vermont and completed a second BS in Computer Science at The City College of New York. His lab duties for MMTI are focused in software development geared towards the analysis of fMRI data and data visualization. Jacob is particularly interested in the intersection of neuroimaging and cutting-edge computer science research and looks forward to incorporating machine learning modalities in upcoming projects related to identifying neural patterns that underlie neurological disease.