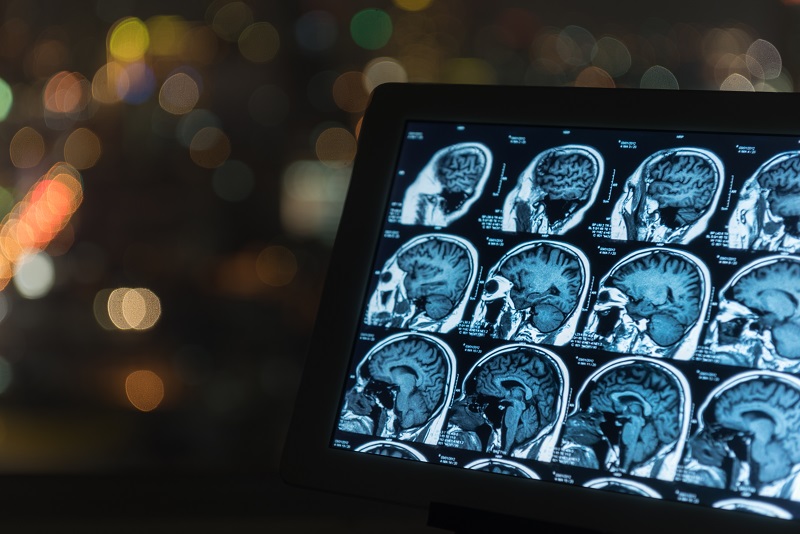 A data-driven reconceptualization of the RDoC construct of working memory: Neural correlates of underlying factors and implications for schizophrenia (National Institute of Mental Health)

Over two decades of research has focused on elucidating the pathophysiology of working memory (WM) deficits in patients with schizophrenia in the hopes of finding effective treatments, as these deficits are more closely linked to functional outcomes in patients than are psychotic symptoms, and they are presumed to arise from alterations in dopaminergic function that may be fundamental to the pathogenesis of schizophrenia. However, the overwhelming majority of research in this area has treated WM as a unitary cognitive ability that is assayed equally well by any of the wide range of tasks commonly employed in functional Magnetic Resonance Imaging (fMRI) studies of patients with schizophrenia.

In contrast, empirical evidence suggests that at least three distinct cognitive abilities contribute to performance on WM tasks: attentional control, short-term memory capacity, and long-term (or secondary) memory retrieval. These are presumed to have dissociable neural substrates and may be differentially impaired in different patients, which would serve to obscure potential biomarkers of WM deficit in case-control fMRI studies of patients. The NIMH Research Domain Criteria (RDoC) Matrix attempts to capture some of this complexity by defining four subconstructs of WM (active maintenance, flexible updating, limited capacity, and interference controls), although these differ from those based on empirical work described above, and no empirical work to date has attempted to determine the extent to which various WM tasks tap these four putative subconstructs. The overarching goal of this application is to conduct a large-scale latent-variable analysis of the most commonly employed WM tasks in the fMRI literature of schizophrenia, along with a broad array of other cognitive tasks, in order to clarify the underlying cognitive abilities (or subconstructs) that subserve WM task performance and to identify neural correlates of these empirically identified subconstructs.

To this end, 500 participants will undergo behavioral testing on 9 WM and 12 other cognitive tasks in order to provide a robust dataset for latent variable analysis using factor analytic and structural equation modeling techniques that will identify the subconstructs that underlie performance on each of the WM tasks. Next, 80 patients with schizophrenia and 80 matched control participants will undergo the same battery of tasks, but will perform 7 of the WM tasks during fMRI scanning, in order to identify neural correlates of the subconstructs that are specifically disrupted in schizophrenia. This work will help to advance our understanding of WM deficits in schizophrenia and will identify specific neural targets, and the optimal tasks that future investigators can employ to target them, that are disrupted in schizophrenia. These neural targets can then form the basis for establishing target engagement in clinical trials aimed at finding treatments for cognitive deficits in schizophrenia.

Schizophrenia is among the most severe and burdensome medical conditions worldwide, yet the brain alterations that lead to the symptoms of schizophrenia remain unknown. The overarching goal of this study is to take findings from animal models of schizophrenia, which were motivated by original research in patients with the disorder, back to the clinical setting in order to determine whether the brain alterations observed in the animal models are observable in human patients. Specifically, findings in the dopamine D2 receptor over expressing mouse model, which was developed to model the excess of D2 receptor activity in the associative striatum of patients with schizophrenia, suggest an alteration in anatomical projections from the associative striatum to the external segment of the globus pallidus. In addition, findings in the 22q11 deletion syndrome mouse model, which was developed to model a known genetic risk factor for schizophrenia in humans with 22q11 deletion, suggest an alteration in the functional strength of connections from the medial geniculate nucleus of the thalamus to the auditory cortex. This project will directly test the existence of these alterations in brain connectivity in medication-naïve patients with schizophrenia using functional connectivity Magnetic Resonance Imaging. If such evidence is found, it would have important implications for our understanding of the brain bases of schizophrenia, and would generate new molecular and anatomical targets for treatment of this devastating illness.

The pathophysiology of psychosis and psychotic disorders such as schizophrenia remains unknown. Recent work in a mouse model of schizophrenia, the dopamine 2 receptor overexpressing (D2R-OE) mouse, which was designed to model the well-established enhanced dopamine function in the associative striatum observed in patients with schizophrenia has revealed a highly plastic D2R-mediated increase in axonal collaterals projecting from D1R-containing medium spiny neurons in the dorsal striatum to the external segment of the globus pallidus (GPe). Preliminary study of unmedicated patients with schizophrenia motived by this animal model and using resting-state functional connectivity fMRI (rs-fcMRI) has suggested that this neuropathology, which in mice is responsive to treatment with haloperidol, may also be presents in patients. Specifically, these patients exhibit a decrease in rs-fcMRI between the dorsal caudate nucleus (DCa) and the GPe, which was expected based on the fact that the excess collaterals observed in the D2R-OE mice are GABA-ergic (inhibitory).

This study seeks to extend the study of this potential biomarker of psychosis to patients in the prodromal phase of the illness, who are at clinical high risk for psychosis (CHR), with the aim of determining whether 1) CHR patients who later convert to a full psychotic disorder exhibit altered DCa-GPe connectivity relatives to patients who do not convert, or 2) whether the emergence of this neural abnormality is concurrent with the emergence of frank psychotic symptoms, which would be consistent with a causal neural mechanism of psychotic symptoms.

Specifically, 60 CHR patients, 15 of whom are expected to convert to a full psychotic disorder based on historical conversion rates in our prodromal clinic, and 25 healthy controls will undergo a baseline rs-fcMRI scan and a follow-up scan following conversion to a psychotic disorder or after 2 years, or (for control participants) at a time interval matching that of a CHR patient who converts to psychosis. Imaging will be carried out using state-of-the-art high temporal- and spatial-resolution multiband fMRI, with 2 mm isotropic voxels and an 850 ms TR, primarily in order to accurately image small subcortical regions-of-interest such as the GPe and GPi (the internal segment of the pallidum), which will be obtained from anatomical tracings along with 5 striatal subregions in each hemisphere, as well as the thalamus. These ROIs will all be entered together in a network (partial correlation) model in order to specifically identify any alteration in converted CHR patients in DCa-GPe connectivity after accounting for the densely interconnected nature of basal ganglia-thalamocortical loops. If successful, this project has the potential to either 1) identify a neural marker of risk for conversion to a psychotic disorder, or to 2) identify a causal neural mechanism of psychosis, either of which could be transformative for attempts to develop novel treatments, or even preventions, for this debilitating illness.

Using an existing dataset of both medicated and unmedicated patients with schizophrenia performing an n-back task while undergoing fMRI scanning, we are seeking a conceptual replication of prior work in our lab using a different working memory task that showed that patients with schizophrenia fail to inhibit medial prefrontal cortex during task performance, which is associated with poorer performance on the task. In addition, in this same dataset we are also seeking to replicate work by Burgess et al. showing that increased activation during n-back lure trials is associated with better performance on those trials.

Participant motion is a major confound in resting state functional connectivity MRI studies (rs-fMRI), and many research teams have devoted significant time and resources into attempting to ameliorate the impact of motion on rs-fMRI signals. Recent advances in the acceleration of fMRI sequences, namely simultaneous multi-slice or “multiband” fMRI, pose unique challenges to the identification and removal of motion-related signal artifacts. The CNaP Lab is engaged in several related efforts to detect, characterize, and remove these artifacts.

In collaboration with Dr. Chuan Huang in the Departments of Radiology and Psychiatry, we are employing a convolutional neural network architecture to predict working memory task performance from fMRI data collected during the task, and using back-propagation through the network to identify which brain regions have predictive value for determining how well and individual does on a task. The initial pilot phase of this work is employing data from the Human Connectome Project.

Work in the CNaP Lab recently identified an elevation in the correlation between simultaneously-acquired slice signals in multiband fMRI that appears to impact all multiband data, regardless of platform or sequence used. We are in the process of characterizing this artifact and developing methods to remove it from fMRI data.

Collaborative Studies Led by Other Labs

Neurobiological correlates of auditory processing in health and disease: An RDoC study (National Institute of Mental Health; led by the Multimodal Translational Imaging Lab, in collaboration with the Horga Lab at the New York State Psychiatric Institute)

The major goal of this project is to examine putative neural computational mechanisms of auditory verbal hallucinations by using Positron Emission Tomography (PET) of the striatum, Magnetic Resonance Spectroscopy of the auditory cortex, and fMRI during auditory processing of verbal stimuli in patients with schizophrenia with and without auditory verbal hallucinations, patients with tinnitus, and healthy individuals without auditory perceptual disturbances.

This is a multi-site clinical trial of a partial D1 receptor agonist using fMRI of a visuo-spatial working memory task as an endpoint. If successful, this study will establish target engagement for a potential treatment for cognitive deficits in schizophrenia that could serve as a catalyst to spur additional trials with this novel compound.