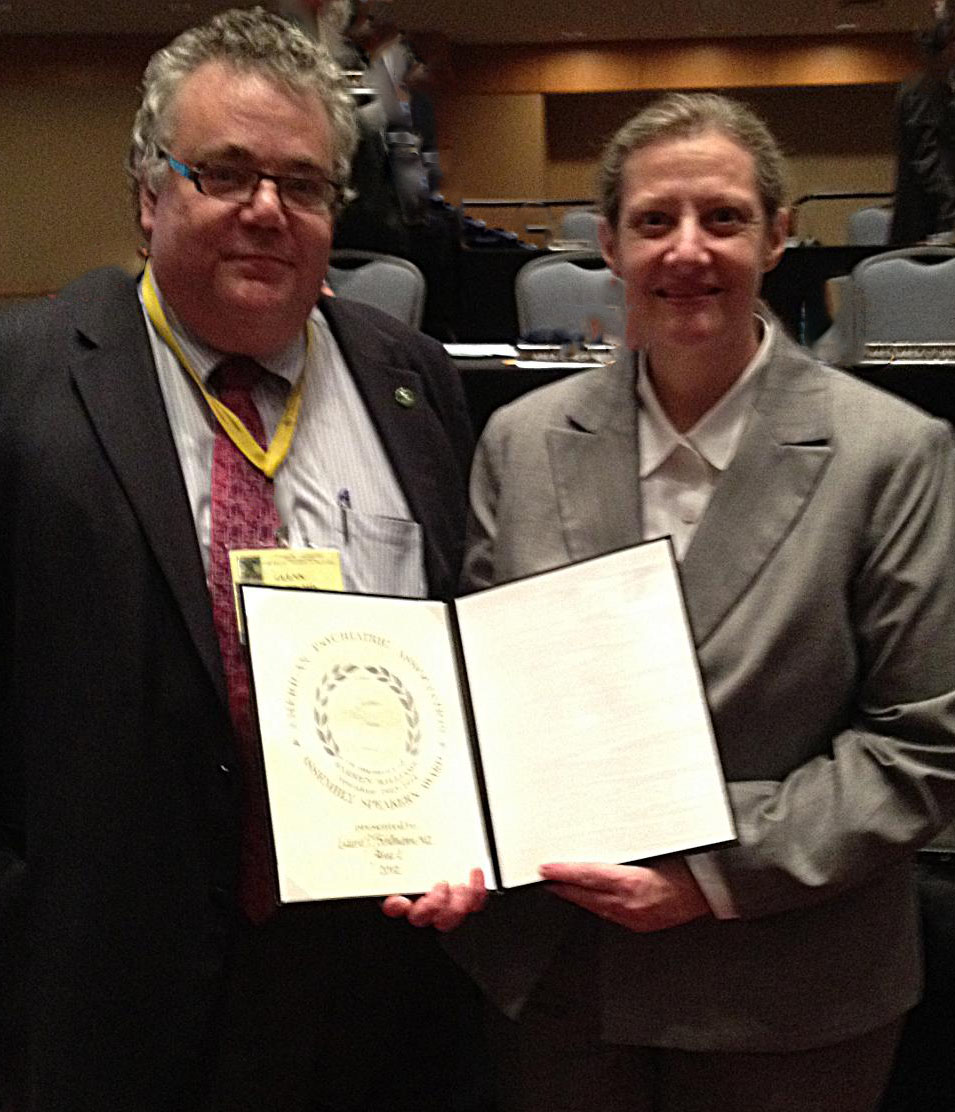 The American Psychiatric Association (APA) presented Professor of Psychiatry Laura Fochtmann, MD with the Warren Williams Award at the annual meeting of the APA Assembly on May 5, 2012.

The award is given by the APA Area Councils in recognition of outstanding contributions in the field of psychiatry and mental health. The awards were established in 1984 in honor of Warren Williams, M.D., a noted Speaker of the APA Assembly.

In presenting the award, Glenn Martin, MD, the Area 2 Council representative to the Assembly, cited Dr. Fochtmann’s assistance to the New York State Psychiatric Association in advocating for continued access to electroconvulsive therapy as well as her service as medical editor of the APA Practice Guidelines and as chair of the APA Committee on Electronic Health Records. “Over the years, whenever the New York State Psychiatric Association has needed someone to stand up on the side of science and medicine, Dr. Fochtmann was ready for the fight,” Dr. Martin said. “She has truly proven to be an invaluable asset to our state association.”