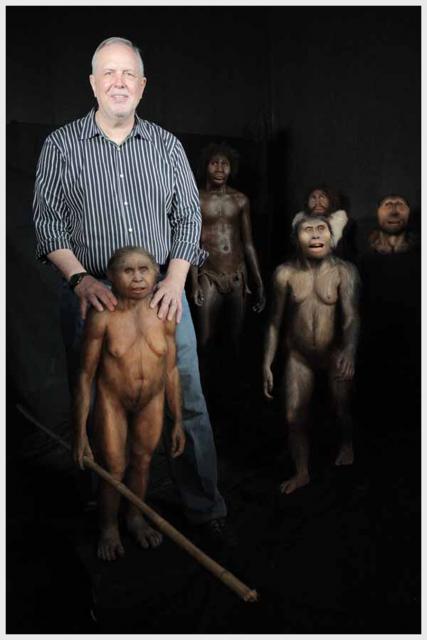 Dr. Jungers' research is concerned with body size and the functional and biomechanical aspects of musculoskeletal design in living and fossil primates, ranging from giant subfossil lemurs to extinct hominins. Quantitative methods are essential tools in the comparative analysis of form and function and in testing falsifiable hypotheses. The present remains the key to understanding the past.

Dr. Jungers is participating in the description, excavation and analysis of the newly discovered fossils from Indonesia, Homo floresiensis (the "hobbits"). The osteological remains from Liang Bua reveal a surprising mosaic of primitive and derived features, and the locomotor skeleton recalls that seen in australopithecines and earliest Homo in many respects (pelvic shape, limb proportions, shoulder anatomy, wrist and foot morphology and cross-sectional geometry). There is no credible evidence that these fossils exhibit systemic pathology of any sort; pathology does not recapitulate phylogeny.

Research also continues in Madagascar. New species continue to be discovered and diagnosed, improved reconstructions of paleo-communities are now available, range extensions of living species have been documented, and life histories are being revealed along with dietary and positional preferences. Extinction of the giant lemurs is now seen as a slow, synergistic process implicating habitat destruction, hunting and climate change. Giant lemurs co-existed with the earliest human colonizers of Madagascar for well over a millenium.