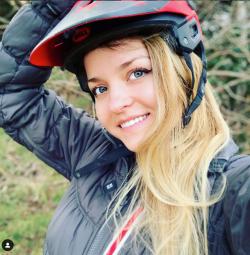 Protein kinase inhibitors are potent anti-cancer therapeutics. However, their efficacy would be improved by achieving better specificity. For example, the unusually specific kinase inhibitor imatinib decreases mortality for a specific type of leukemia by 80%, but most of the other highly potent inhibitors that have been developed can not be used clinically because of unacceptable side effects that arise from non-specific inhibition of other protein kinases. Drug specificity depends on the rates of binding and dissociation between the drug and both the target kinase and competitor kinases. Kinetic optimization of inhibitors could aid the notoriously difficult challenge of developing efficacious kinase inhibitors. For example, the slow binding drug imatinib is highly selective for Abl kinase, while the fast binding drug dasatinib is far less selective. Additionally, in the non-equilibrium environment of the cell, mutations that increase the drug release rate from its target, could cause drug resistance. Not surprisingly, the concept of drug residence time has emerged as a superior predictor of cellular drug efficacy. Understanding the process of inhibitor binding to proteins is the first step towards rational optimization of inhibitor binding kinetics. Recent structure and dynamics experiments have led to the hypothesis that the rate of drug binding to kinases and the release of drugs from kinases can be limited by the accessibility of the binding site. We have identified patient-derived resistance mutations that show no change in equilibrium affinity for imatinib and rather are “kinetically” resistant to imatinib. The results of this work are expected to provide insights into how ligands find their binding sites on proteins, leading to new strategies for improving drug specificity and efficacy by incorporating binding kinetics in the design of therapeutics. On a broader level, this study will show how the rates of conformational changes in protein kinases relate to their function and regulation.