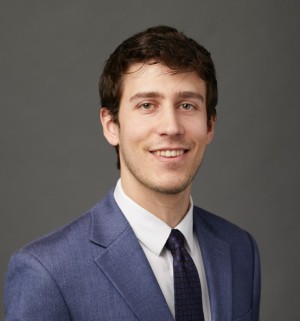 Uropathogenic Escherichia coli (UPEC) is the primary causative agent of urinary tract infections (UTIs).  Critical to the establishment of UTIs by UPEC are pili (or fimbriae): virulence-associated surface structures that are assembled by the chaperone-usher (CU) pathway and mediate bacterial adhesion to host cells.  We have discovered that the small molecule nitazoxanide (NTZ) inhibits pilus biogenesis in UPEC by specifically interfering with proper maturation of the usher protein in the bacterial outer membrane (OM).  The usher is required for assembly of the pilus fiber.  The usher is folded and inserted into the OM by the ß-barrel assembly machinery (Bam) complex, which in E. coli consists of five proteins, BamA-E.  Previous studies demonstrated that expression levels of the Bam complex modulate sensitivity of the usher to NTZ.  Moreover, the usher has a distinct requirement for BamB and BamE for optimal folding, and bamE deletion renders it insensitive to NTZ.  These previous results suggest that NTZ inhibits usher folding by altering Bam functionality.  In a genetic screen for bacterial mutants that are resistant to NTZ, I identified genes that are involved in mediating the effect of NTZ.  A mutation in BamD identified in this screen confers reduced sensitivity to NTZ without affecting steady state levels of usher folding, suggesting a possible target of NTZ.  Saturation transfer difference (STD)-NMR spectroscopy was used to generate evidence for the direct binding of NTZ to the Bam complex.  To further explore the mechanism by which NTZ interferes with usher folding, I reconstituted the folding pathway of the usher in vitro.  These experiments showed that NTZ decreases the rate of Bam-catalyzed usher folding into proteoliposomes, supporting a model in which NTZ targets Bam function directly.  I also evaluated several derivatives of NTZ and identified compounds with increased potency in inhibiting OM usher assembly.  In preliminary in vivo experiments using a murine model of ascending urinary tract infection, NTZ exhibited efficacy against UPEC colonization.  These findings elucidate the mechanism of action of NTZ and reveal details by which proteins such as the usher fold in the OM, facilitating the design of new therapeutic agents that target bacterial adhesion.