Department of Physiology and Biophysics

On May 21, 2015 the Department of Physiology and Biophysics held its annual Graduation Reception and Celebration in the Wang Center at Stony Brook University, acknowledging the efforts of the recent December 2014 and May 2015 M.S. Program graduates. Sixteen students received recognition of their academic achievement in front of family and friends. Of the attendees, was Ms. Kyeesha Becoats, past program graduate and first of the M.S. Program’s MD linkage students to graduate from medical school. Kyeesha completed the M.S. Program in May 2011 supported by the Associated Medical Schools of New York (AMSNY) and entered Stony Brook School of Medicine the following August. Kyeesha received her medical degree this same day and will go on to start her career within the Internal Medicine Residency Program of University of South Florida – Tampa.

Additional highlights of this day include the graduation of five other AMSNY-linked students. Persis Flor and Ngoda Manongi, will begin their medical school careers this August 2015 in Stony Brook School of Medicine. Yaritzy Astudillo, Boniface Richard Malangu, and Melissa Marseille will be starting school this August at New York Medical College.

The M.S. Program in Biomedical Sciences (Physiology and Biophysics Track) came to fruition in Fall 2006, after Irene Solomon, Ph.D. created the groundwork for the program. With an inaugural class of 8 students, the program aimed at developing a foundation of biomedical sciences to make students competitive for careers in biomedical research and higher graduate education leading towards a Ph.D. or MD degree. Eleven years and over 250 students later, the M.S. Program has evolved its curriculum to take on students interested in both research and clinical related career goals. With a rigorous academic load tailored to the needs of each student, the student base and success stories tied to the department’s M.S. Program have grown.

Having gained the support of Associated Medical Schools of New York, the M.S. Program has worked closely with both Stony Brook School of Medicine and New York Medical College in order to provide linkage degree opportunities to underrepresented minority, educationally and economically disadvantaged students. In addition, a general application process allows for students of any background with the goals of strengthening their academic portfolio to be considered for admission.

As the program is rolling into its twelfth year of being offered, department faculty (under the guidance of chairman, W. Todd Miller, Ph.D.) are working to expand the program’s educational and research opportunities to more students. The program looks forward to welcoming this fall’s incoming class and the potential for continued success.

For more information about the M.S. Program in Biomedical Sciences (Physiology Track) contact: 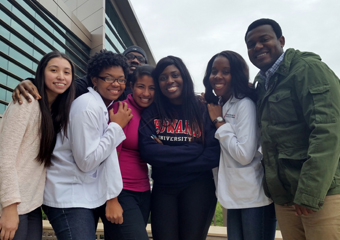 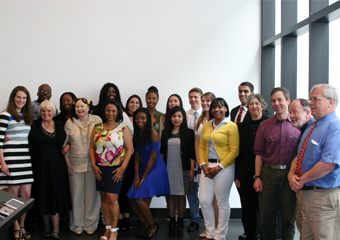 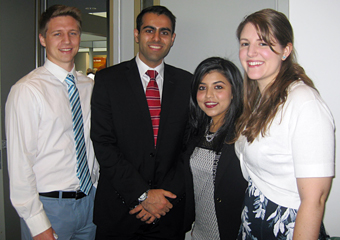 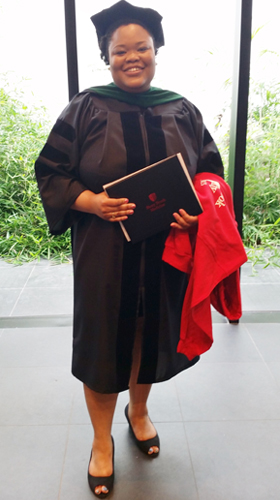