Through Island Impact Ministries—a Florida-based nonprofit organization that provides medical, educational and religious assistance to people living in the Caribbean nation, as well as in Haiti—a team of surgeons, nurses and other volunteers from Southampton and Stony Brook University Hospitals spent a week screening and treating women who were either taking precautionary measures to detect breast cancer, or were already diagnosed with the disease.

Southampton Hospital’s team included breast surgeon Dr. Edna Kapenhas, surgical residents Max Spektor and Harrison Cotler, and nurses Kayla Rowland and Madeline Gestone. Accompanying them from Stony Brook University Hospital were Dr. Alan Heimann, a pathologist, and Dr. Kapenhas’s fiance, Dr. Vinay Tak, a cardiothoracic surgeon. An ultrasonographer from Boston and an anesthesia team from Florida rounded out the group. They all arrived in the Dominican Republic on Sunday, February 14, and returned to Long Island on Sunday, February 21.

Dr. Kapenhas said that prior to the team’s arrival, local Island Impact volunteers screened dozens of women at the Instituto Oncologico Regional del Cibao to identify who might need biopsies to diagnose breast cancer. The hospital volunteers performed those procedures, if needed, free of cost.

The films of women with abnormal mammograms were reviewed by the ultrasonographer to localize areas of abnormality. They then underwent ultrasound examination. Women with abnormal ultrasound findings underwent fine needle aspiration biopsy under ultrasound guidance. The aspirates were performed by the surgeons. Dr. Heimann performed immediate assessment of the aspirates utilizing a rapid, 30-second Giemsa stain technique.Dr. Heimann also instructed Dominican pathology residents on how to make smears, perform the stains, and reviewed the diagnostic criteria necessary to make a definitive diagnosis. Patients receiving a malignant diagnosis were operated on the same or next day.  The operation was total mastectomy and lymph node dissection. After reviewing the specimen in the operating room with the surgeons, specimens were taken to a grossing area where Dr. Heimann instructed the pathology residents on the proper techniques for inking, measuring and processing the tissue. Whereas in previous years the tissue samples were brought back to the United States, in order not to delay treatment for patients, it was decided that the final diagnoses would be made locally by the Dominican pathologists.

The surgeon explained that many women underwent mastectomies because it was unclear if they would have access to chemotherapy or radiation treatments, which would treat the cancer and prevent it from spreading to other parts of their bodies. Without chemo or radiation, the next best way to do that was through a mastectomy.

“Up until now, we’ve been doing mastectomies because of the fact that we weren’t sure if they were going to be able to get any other further treatment,” Dr. Kapenhas said. “But I think the more and more we get to know people over there … it seems like there may be opportunity for doing [less invasive] surgery, if they’re able to get radiation.”

She added that many women would probably not be able to afford chemo or radiation, even with insurance, in which cases mastectomies would be their best option.

During the trip, the team saw between 60 and 70 women. Dr. Kapenhas said the Island Impact volunteers had diagnosed 10 women before the Southampton team arrived, although at least one woman required chemotherapy before she could have a mastectomy, and another woman’s breast cancer was so far advanced that it had spread to her lungs, so there was unfortunately nothing surgery could do for her.

Despite that, though, the team performed multiple biopsies and was able to operate on most of the women who were diagnosed. “A lot of good came out of it,” she said. 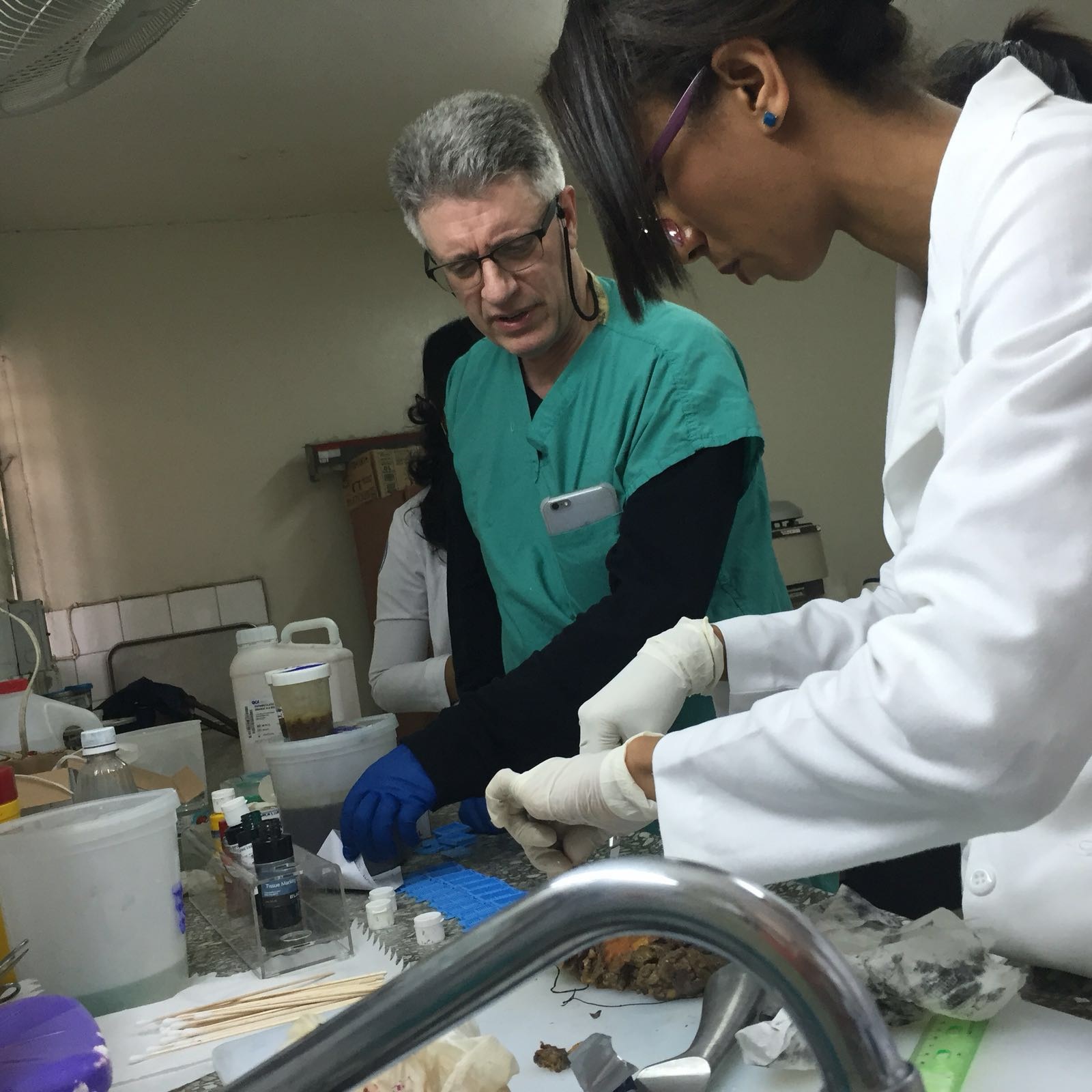