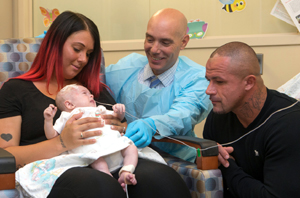 Through a series of operations, Christopher S. Muratore, MD, chief of pediatric surgery, and his team at Stony Brook Children's Hospital, were able to save the baby, untwist the bowel, and rescue him in time.

Now the baby is being prepared to go home soon from the hospital.

Christian weighed in at a low birth weight of 5 pounds 7 ounces but is now nearly 11 pounds and hitting some key targets. More good news!

Gastroschisis is a birth defect of the abdominal wall. The baby's intestines are found outside of its body, exiting through a hole beside the belly button. The hole can be small or large and sometimes other organs, such as the stomach and liver, can also be found outside of the baby's body.

Gastroschisis requires surgical repair soon after birth, and is associated with an increased risk for medical complications and mortality during infancy. 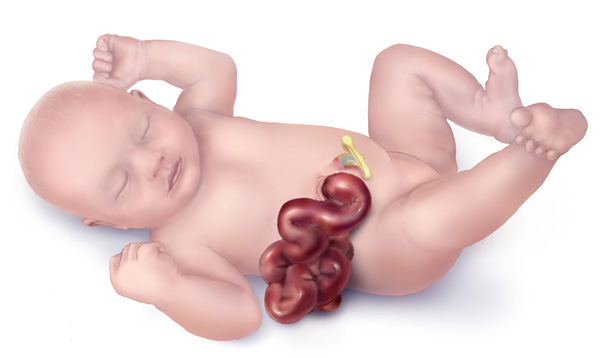 The Centers for Disease Control and Prevention (CDC) estimates that about 1,871 babies are born each year in the United States with gastroschisis, but several studies show that recently this birth defect has become more common, particularly among younger mothers.

CDC researchers recently found that over 18 years, the prevalence of gastroschisis more than doubled in the United States. More research is needed to understand what is causing the increase.

The Newsday article, written by Delthia Ricks, highlights Dr. Muratore's description of the baby's case as "extraordinarily complicated and marked by an extreme twist in the bowel, a condition called midgut volvulus; the contortion threatened the bowel's blood supply."

"Many babies with gastroschisis will suffer the consequence of intestinal failure," Dr. Muratore is quoted as saying. Soon after Christian was born, Dr. Muratore and his pediatric surgery team embarked on a series of surgeries to save the baby's life.

"When we recognized the intestine was twisted, we did what we needed to do to untwist it," he explains. He worked closely with a team of five surgeons, 10 neonatologists — newborn care specialists — and a squad of nurses. Christian has been monitored around the clock since arriving in Stony Brook Children's neonatal intensive care unit (NICU).

Dr. Muratore points out that he and his Stony Brook colleagues have seen a number of babies in our area with gastroschisis. Stony Brook Children's treats about 10 cases of it annually.

Learn more about gastroschisis from the Centers for Disease Control and Prevention. Watch the News12 piece (2:08 min) about Baby Christian: 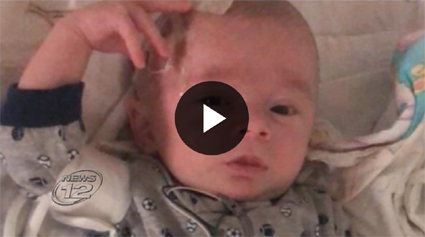