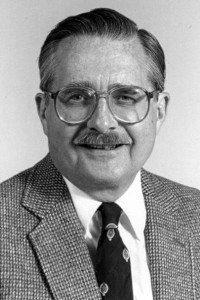 Emeritus Professor of Surgery Cedric J. Priebe Jr., MD, passed away on Saturday, January 19, at the age of 88 (three weeks shy of his 89th birthday). The founder of our Pediatric Surgery Division, Dr. Priebe dedicated himself to the advancement of the surgical care of children and the Department of Surgery for nearly four decades.

Dr. Priebe joined our faculty in 1982 as professor of surgery and chief of pediatric surgery. In 2007, after 25 years of distinguished service at Stony Brook, he retired from our full-time faculty.

However, not wanting to quit entirely, Dr. Priebe continued to serve on a part-time basis, contributing to our quality assurance initiatives and also to our educational programs. Right up to very recently, he would routinely attend our weekly pediatric surgical conference.

Dr. Priebe began his distinguished career as an academic pediatric surgeon during the period when the specialty of pediatric surgery was originally developed, in the decades following the Second World War.

Dr. Priebe's sustained desire to constantly improve the surgical care of children was the dominant force guiding his life.

He received his MD in 1955 from Cornell Medical College, and went on to complete his general surgical residency at Roosevelt Hospital in New York City. He then served in the United States Air Force as a general surgeon for five years.

After caring for a number of complicated pediatric surgical patients, he was stimulated to enter a two-year fellowship in pediatric surgery at Ohio State University's Columbus Children's Hospital under the direction of H. William Clatworthy Jr., MD, that ended in 1967.

Following this training in pediatric surgery, Dr. Priebe returned to practice at Roosevelt Hospital and serve on the faculty at Columbia University. There he developed an academic career and rose to be an associate professor of surgery.

After 12 years he then became a full professor and chief of pediatric surgery at Louisiana State Medical Center and Charity Hospital and director of surgical education at Children's Hospital in New Orleans.

Our Founding Chief of Pediatric Surgery

In 1982, when Stony Brook University Hospital was new, and the Department of Surgery was transforming from a group of "generalists" into groups with more specialized skills, Dr. Priebe became the founding chief of the Division of Pediatric Surgery.

At Stony Brook, Dr. Priebe developed a strong patient care service, and was recognized as a meticulous surgeon, tireless teacher, and a mentor of surgical faculty, residents, and medical students.

Now, with more than 3,000 outpatient visits and more than 1,000 surgeries annually, we have the largest pediatric surgery program in Suffolk County.

Longtime colleague Dr. Richard Scriven, who worked closely with Dr. Priebe since 2001 when he joined our Pediatric Surgery Division, remembers: "Dr. Priebe was loved by his patients. For a complicated child, it was not unusual for him to spend hours with them on the ward or in the office.

"Dr. Priebe was a model for the next generation. He believed it was the highest honor for a parent to entrust their most precious gift to us for their surgical care."

During Dr. Priebe's academic career he had been active in research involving the causes of intestinal ischemia that may occur in premature newborn infants. His pediatric surgical interests focused on newborn congenital anomalies, pediatric tumors, and childhood trauma.

Dr. Priebe served on multiple national committees of pediatric surgical societies, and published articles on numerous pediatric surgical topics. Following his retirement from out full-time faculty, he continued to serve as an editorial consultant for the Journal of Pediatric Surgery, the leading journal in the field.

In 2010, to further support our mission of excellence in education, Dr. Priebe became the principal donor of the fund and leader of our campaign to establish the Cedric J. Priebe Jr., MD, Endowed Pediatric Surgery Lectureship.

The Priebe Lectureship fund now supports an annual visiting professor's presentation centering on a current clinical or research issue in pediatric surgery. This lecture presentation, given as part of our Surgical Grand Rounds program, focuses on new methods to improve patient care, as well as new research in the field of pediatric surgery.

This lectureship was one of Dr. Priebe's dreams — to help advance the education at Stony Brook of surgeons caring for children — and it remains part of his legacy in the Department of Surgery.

Beyond that, Dr. Priebe desired to have his legacy grow not only through the pediatric surgery lectureship but also through the creation of a dedicated children's hospital here at Stony Brook — a hospital just for kids that offers every clinical specialty and that would be competitive with similar hospitals throughout the country.

This dream of Dr. Priebe's has finally been realized. Stony Brook Children's Hospital is the first of its kind in Suffolk County, offering the most advanced pediatric specialty care in the region. It occupies two floors in the sparkling new Hospital Pavilion.

Our present chief of pediatric surgery Dr. Christopher Muratore adds: "Dr. Priebe really wanted to see the formal opening of our new Children's Hospital, which will take place in the near future but too late for him. He long thought a hospital dedicated to caring for children would be critical for our growth, expansion of services, and potential to optimize children- and family-centered healthcare."

To honor Dr. Priebe and help ensure the longevity of the Priebe Lectureship, donations are encouraged. Make a gift to it online, or call the Stony Brook Medicine Advancement Office at 631-444-2899.