Williams Demonstrates the Poetic Can Be Found Everywhere around Us 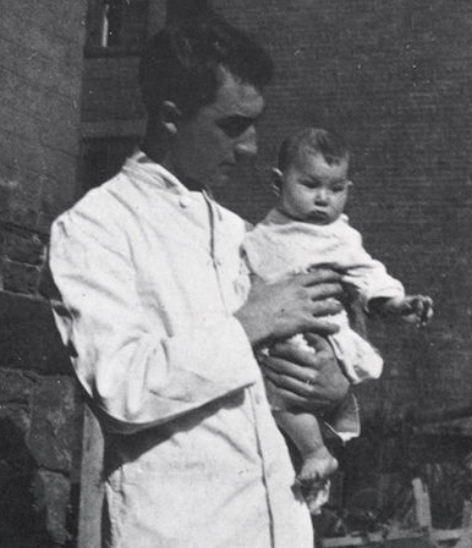 "January Morning" is one of the most famous poems by America's great physician-poet William Carlos Williams (1883–1963). A masterpiece of modernist verse, this poetic sequence — he subtitled it "Suite" — presents moments in his daily life, including his life as a pediatrician and obstetrican at Passaic General Hospital in Passaic, NJ.

The poem first appeared in Williams's book, Al Que Quiere! (1917; "To Him Who Wants It!"; Centennial Edition published from New Directions). His voice in it remains totally vibrant. The New York Review of Books recently said, "It seems clear that Williams is the 20th-century poet who has done most to influence our very conception of what poetry should do."

The young doctor is dancing with happiness / in the sparkling wind, alone / at the prow of the ferry!

"January Morning" demonstrates beautifully Williams's poetic method using concrete images, which he later summarized in the phrase "No ideas but in things." His command of language in his verse made him a leader of the modernist revolution against the popular sentimental poetry using vague abstractions. Indeed, it was a revolution against the poetry his friend Ezra Pound said "flies away into the circumambient gas." Williams's poetry is grounded in the world around us.

Williams lived his entire life in Rutherford, NJ, the small town where he was born and raised. It is where he maintained his medical office in his home — where most people knew him simply as "Doc" without knowing he was a man of letters and leader of modernism. He often spent time in Manhattan with fellow artists, crossing the Hudson River by ferry. Al Que Quiere! was his third book but the first to present his unique poetic voice, as found in "January Morning."

All told, Williams published during his lifetime some 20 books of poetry as well as 17 books of prose, including novels, and he delivered more than 3,000 babies. Throughout his career he used his clinical gaze to his advantage as a poet: