August Is National Gastroparesis Awareness Month — What You Need to Know 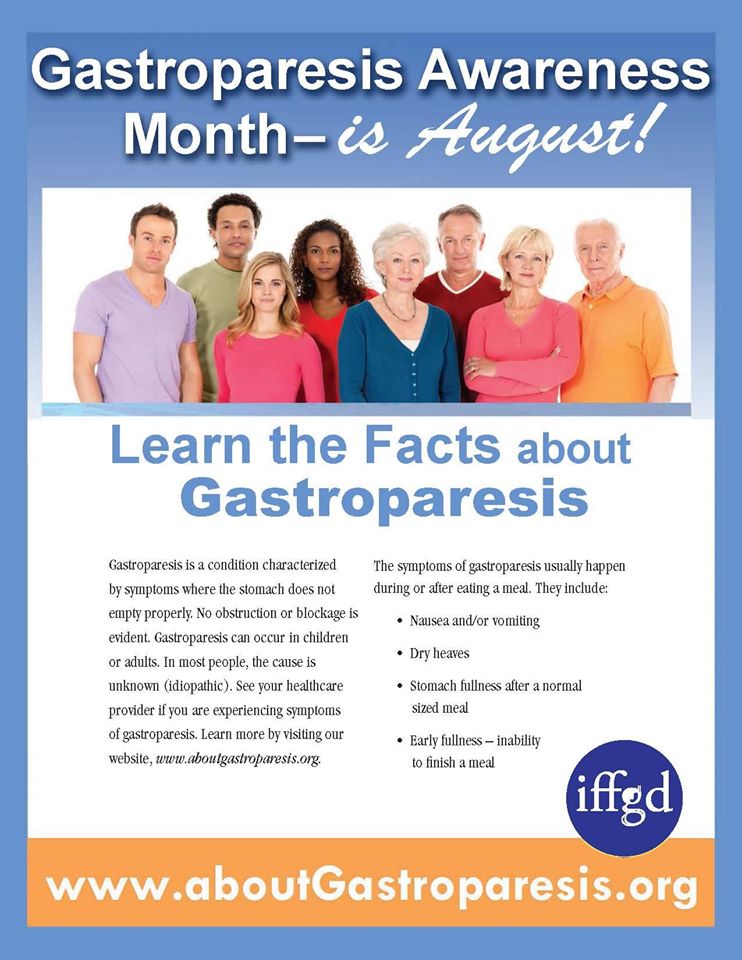 August is National Gastroparesis Awareness Month. First listed on the U.S. National Health Observances Calendar in 2016 with sponsorship by the International Foundation for Functional Gastrointestinal Disorders, this awareness initiative aims to focus attention on diagnosis, treatment, and quality of life issues associated with this poorly understood motility condition that prevents the stomach from properly emptying.

Gastroparesis, or delayed gastric emptying, is a stomach disorder in which food moves through the stomach into the intestines slower than normal. (The etymology of "gastroparesis" is: gastro- from ancient Greek γαστήρ gaster, "stomach" and πάρεσις -paresis, "partial paralysis.")

Patients often experience chronic nausea, vomiting, bloating, feeling full too soon after starting to eat, and weight loss. It is a debilitating condition, at times requiring hospitalization, and can significantly affect a person's quality of life.

Common causes include diabetes and previous surgery. Diabetes has been noted to be a cause in 30% of gastroparesis cases. However, neurological disease, collagen vascular disorders, viral infection, and drugs have all been blamed.

The rising prevalence of gastroparesis, especially among children and minority groups, might be associated with the rise in diabetes, according to the authors of an epidemiological study published this year (see abstract).

Gastroparesis may result in the following complications, which, in addition to potentially problematic symptoms, justify treatment:

Gastroparesis, if not cured, requires management with a long-term care plan. 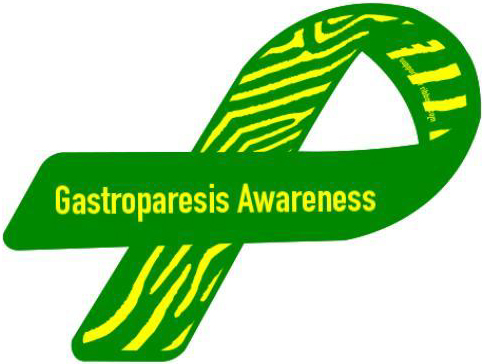 The Stony Brook Gastroparesis Center, established in 2018 under the direction of Salvatore Docimo Jr., DO, MS, offers a multidisciplinary approach that brings together experts in the areas of surgery, gastroenterology, psychology, and nutrition.

Our center's goal is to provide patients with digestive disorders, especially gastroparesis, a wide spectrum of diagnostic and treatment options under one roof.

Now at the forefront of gastroparesis treatment, the POP procedure (also known as G-POEM that stands for gastric per-oral endoscopic myotomy) is a newly developed treatment offering patients attractive benefits, compared with other surgical therapies for gastroparesis.

It was in July 2016 that U.S. Senator Tammy Baldwin (WI) introduced a statement for the record on behalf of the millions of Americans affected by gastroparesis recognizing National Gastroparesis Awareness Month.

Senator Baldwin said: "Unfortunately, gastroparesis is a poorly understood condition, and so patients often suffer from delayed diagnosis, treatment, and management of this disorder. As such, further research and education are needed to improve quality of life for this patient population."

Senator Baldwin urged her fellow colleagues to join her "in recognizing August as National Gastroparesis Awareness Month in an effort to improve our understanding and awareness of this condition, as well as support increased research for effective treatments for gastroparesis" (read her entire statement).

She succeeded in Congress, and so August now is National Gastroparesis Awareness Month, a good time to learn about this poorly understood motility condition affecting millions and apparently on the rise.

Learn more about gastroparesis. For appointments with the specialists of the Gastroparesis Center, please call 631-444-8330 / -2274. Watch this video (9:48 min) of a gastroparesis patient telling her story: