Department of Obstetrics, Gynecology and Reproductive Medicine
Residency Program in Obstetrics and Gynecology

The training program in Obstetrics and Gynecology emphasizes the development of the critical analytic skills necessary to read and interpret the published medical literature.

As part of this commitment, the residents are expected to complete one formal research project during their fours years of residency.  These projects are presented at the annual Resident Research Day, held on the day of resident graduation each year.  Each resident chooses a faculty advisor for the project and they work closely with him/her to plan, develop, and carry out their project.  This process is essential for the residents to learn first hand about research and the investigative process.  Many of our residents have been published in notable journals and/or have presented at national conferences. 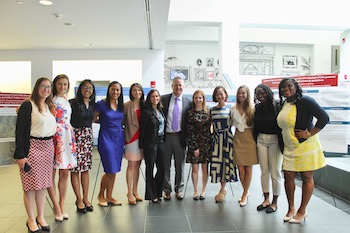 Our residents have two elective rotations in their second and third year that are often used as research electives.

Some of our past residents have conducted research with investigators outside our Department, and some have conducted basic science research projects that have clinical implications.

As a PGY1, residents learn about research through a didactic program for residents and fellows run by Dr. Laurie Shroyer, PhD, of the Department of Surgery.  Attendance is mandatory for PGY1's. All other residents are encouraged to attend when possible. PGY1's also take the required online training to conduct research (Committee on Research in Human Subjects, or CORIHS Training), prior to initiating a project.  Once mentors and projects are chosen, the resident crafts a proposal which is formally presented at Resident Research Day as a PGY2.   Residents collect and analyze data as a PGY2 -3, and present a finished project at the Annual Resident Research Day as a PGY3.  As a PGY4, the goal is to prepare a formal manuscript for publication, or to present the data at a local or national meeting as a poster or oral presentation.

Our Resident Research program is overseen by Dr. Richard Bronson (REI Division), and Residents gain helpful assistance from our Research Coordinator, Elizabeth Roemer, who can connect the Resident with the University's resources needed to complete the project.

Many Residents also have opportunity to participate in other research projects (aside from the required project). 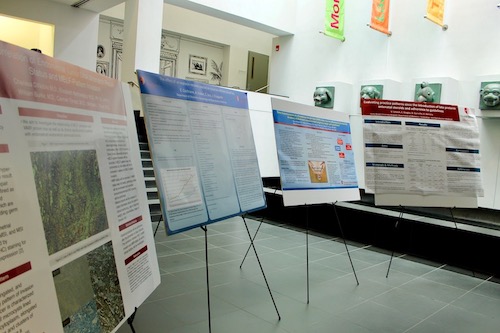 Here is a sample of publications by our residents: